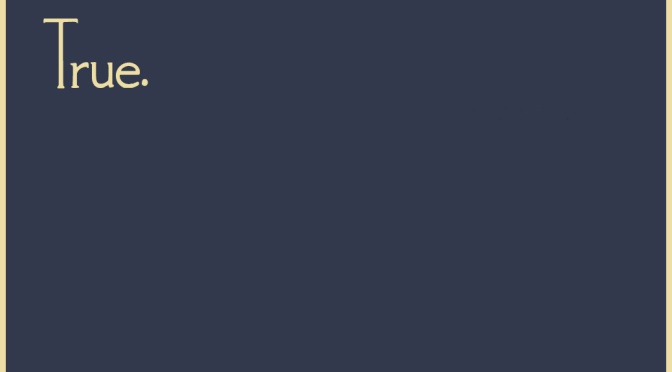 I would like to address some of the current #CDCWhistleBlower blips that I am seeing pop up in the news and social media and blogs.

1. “The whistle blower said his words were taken out of context.”
Where exactly did he say that? How do you get that from this:

I have had many discussions  with Dr. Brian Hooker over the last 10 months regarding studies  the CDC has carried out regarding vaccines and neurodevelopmental outcomes including autism spectrum disorders. I share his belief that CDC decision-making and analyses should be transparent. I was not, however, aware that he was recording any of our conversations, nor was I given any choice regarding whether  my name would be made public or my voice would be put on the Internet.

He admitted that it’s his voice in those audios. In no statement has he said that his words were taken out of context, nor does he claim that Brian is editing his statements in any false or manipulative fashion. Instead, he owns his comments. Comments where he expresses regret, remorse, puts forth the biological plausibility of thimerosal causing tics (which is common in autism), says he wouldn’t let his pregnant wife get a thimerosal containing shot, talks of omitting statistically significant data in MORE THAN ONE STUDY, NOT JUST in black babies… etc.

Being recorded without your knowledge doesn’t make your comments ‘out of context” or any less true.

2. “#CDCWhistleBlower”
The hash tag itself.
I’m a bit peeved over this one.  When we, those who want justice for our vaccine injured kids and want susceptible populations identified, open our mouths –we have to be fully informed on a situation because the opposition, those who don’t give a shit about susceptible kids and deny my child’s brain damage even though they’ve never met him, will latch onto any misstep and use it against us.

I am a peeved, because on August 18th I took to twitter using #CDCWhistleBlower –firsties. My Bad. I used that tag because the information was put out to us that we had a whistle blower. Yes, he’s since gone forward and hired a whistle blower attorney… but on Aug 18th, he was not a Whistle Blower. He was a top CDC scientist who did a bad, bad thing and in an effort to sleep at night, confessed to Brian Hooker. I wish the headline would have been “CDC Scientists Admits Fraud”  It would have been one less thing to use against this campaign. But it’s out there now. Whatever.

However, no matter what Thompson ended up “being”,  doesn’t make his statements any less true.

3. Hooker’s Paper Has been retracted.
That old dress?
Sure, it has*, but it’s still online for you to view and you can see for yourself that CDC Scientist William Thompson is right. Do the math for yourself if it makes you happy.
*The paper is still there but there is a retraction article attached to it.

Retracting a study because some pharma shills cried, doesn’t make it any less true.

4. Vaccines are safe.
Those with the biggest hard-ons for vaccines go one step further than the manufacturers themselves. They claim vaccines are safe and they mock people who claim their children were injured by vaccines. (Even the manufacturers admit vaccine injury is very real, why not? It’s not like they can be sued!)
So how come almost 3 Billion has been paid out of the extremely-tough-to-win “vaccine court”?

Vaccine Injury is real. Just because you can’t read, don’t understand anatomy/physiology/biochemistry AND you are a #DoochBag doesn’t make that any less true.

5. Vaccines don’t cause autism. It’s been proven.
a. There has not been ONE STUDY that looks at vaccinated vs. unvaccinated kids. First they claimed it was unethical to do so, to ask some to skip vaccines. We pointed out that there are plenty of us who don’t and a record review could be done, ethically.  The CDC then fired back saying the results wouldn’t give us the full story because parents who don’t vaccinate are also likely to do other things, like eat organic.  Well, guess what, my 10 year old could figure out a way to design this study in about 30 minutes.  GET IT DONE.

Your refusal to do a study, doesn’t mean it’s been done.

b. Vaccines are not studied against placebos. They are looked at for safety vs. other vaccines ‘accepted as safe’. Again, they throw the “unethical” argument at us. “Since vaccines are KNOWN to be safe and effective, it’s unethical to give a control group a placebo and keep them away from life saving vaccines!” *eye brow up*
This is like testing Coke’s affect on blood sugar by comparing it to Pepsi, and then calling it safe for diabetics to drink because Pepsi said they are ‘accepted as safe’ for diabetics, and the effect on people between Coke and Pepsi was the same. Yeah. Stupid.

Your refusal to do a proper study, doesn’t mean it’s been done.

c. There has been no study looking at the WHOLE schedule as it is given.  One 800 mg Motrin, Meh. Eight at once…. not so Meh. Quantity matters. We should look at that.

Your refusal to study the sum effect of the mass vaccination program, doesn’t mean it’s been done.

6. Well, my kid got vaccines and is fine!

Awesome! I am very happy for you.  Mine isn’t.

My child with vaccine induced brain damage grew up along side my friend’s boy, who is typical,  getting most of their shots from the same lots.  My friend and I were pregnant at the same time. We ate the same, lived in the same environment, did most things together. The difference between Gavin and my friends boy? DNA. I believe in a genetic component to autism. But there is no such thing as a genetic epidemic.  GENES are NOT your destiny. Genes MUST BE turned off and on. Mutations cause one body to not function properly where another will.

Thousands of us watched our kids regress and get ill immediately after vaccination. This is a  HUGE collection of anecdotal evidence that deserves PROPER study, AND IS, by the way, the first step in the scientific method.  Observation.

Vaccine injury is REAL. SOME KIDS are regressing and becoming very medically ill after shots. Shouldn’t we care to find out why?  The CDC’s omissions and lies have cost us 15 years of trying to figure out WHY.

EVEN if it’s not vaccines (it is), it is SOMETHING (vaccines), and we owe it to the human race to study it and figure out.

Want to keep your vaccine program intact and keep your herd immunity (which is a myth)? Find out which kids are susceptible. Start with looking at kids with methylation cycle SNPs. THESE ARE VERY COMMON IN AUTISM! Our kids aren’t making energy properly. They are not breaking down and processing nutrients properly. They are not detoxing properly. And before you try to say that that is the answer alone, again: genes need to be triggered, and I know plenty of siblings with mutations and NO autism (they were NOT VACCINATED).

JUST because you don’t understand something, doesn’t mean other people don’t.

7. You don’t know Autism.
Autism is the sum of it’s parts.

I say again… “Autism” is NOT one thing. This might be why it’s so hard for the average person to understand that vaccines can cause autism.
It IS biologically plausible.
Autism is a label, that is slapped on a box, that contains a list of “features or symptoms”

Those “features” (like tics, for example, which CDC Scientist William Thompson believes and states are linked to thimerosal exposure, also saying, ““There is biologic plausibility right now to say that thimerosal causes autism-like features.”) and symptoms ARE found on the table of injuries that ARE compensatable vaccine injuries under the NVICP.

Speech and Language issues? Hey! I went to college for that! I remember one class discussion about apraxia in kids. The professor said it’s controversial because, in adults, apraxia is caused by brain injury… and when it presents in kids there is no brain injury.
SAYS WHO?
Vaccines cause encephalopathies. This is a well know, admitted and compensatable vaccine induced BRAIN injury. Hello?

Your ignorance as to what autism is, and what the symptoms and features are and how they may, biologically, be induced… does not make the vaccine/autism link untrue.

Your refusal to learn the facts, read for yourself, and stop and think doesn’t make any of the following less true:

1. Thompson admitted to Brain Hooker, on audio tape, to omitting data linking an increase in autism to black boys who get an MMR shot before 36 months. That studies on tics and thimerosal were altered. That studies showing MMR was linked to “isolated autism” were altered to water down the results… [something they’ve done before, information we’ve known about for years! (thimerosal, Verstraeten, Simpsonwood –Read RFK Jrs work on this)]

These are three examples that we know of so far. Congressman Posey’s office is currently wading through a crap ton of documents turned over to them from CDC SCIENTIST WILLIAM THOMPSON.

2. Autism is a collection of symptoms that are known vaccines injuries.

3. There are OBVIOUSLY children who are predisposed to vaccine injury and we, as a society of human beings ought to find out who they are and why.

4. That a court case is going forward right now with TWO internal REAL Honest-to-Goodness Whistle Blowers from inside Merck, suing Merck over lies they told about the efficacy of their MMR vaccines.

6. There are a LOT of people out there who stand to lose a LOT of money AND go to jail (I’m looking at you Coleen 😉 Julie 😉 ) when the truth about vaccines comes out. I have to wonder why the average American is so willing to put their child’s health up on the alter to be sacrificed for those people.

7. The Vaccine Question has NOT been Answered, yet.
#NotAnsweredYet

8. All this has happened. CDC Whistle Blower Time Line.

4 thoughts on “Your ignorance doesn’t make it less true. #CDCWhistleBlower”