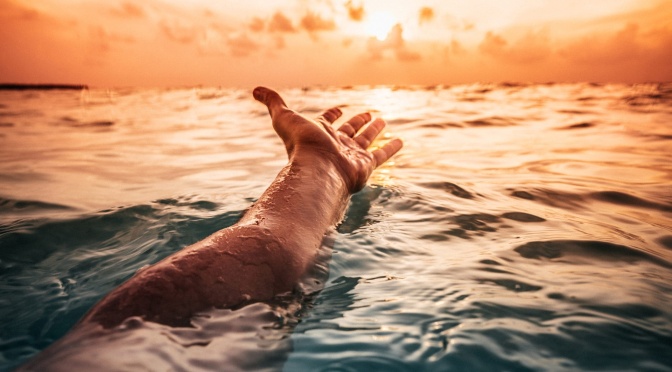 “I’ll take ‘Things Autism Parents Say’, for $500 Alex.”
“The phrase often uttered based on the belief that no one will care for their children after they die.”
“What is, I have to outlive my child?”

“I’ll take ‘Things Autism Parents Say’, for $400 Alex.”
“Gospel preached on the implication that group homes = failure, abuse and neglect.”
“What is, “I would NEVER place my child into a group home?”

(I want to say right here, that while I am about to talk about aggressive, severe kids –this applies to any of our kids who cannot care for themselves. If you are a healthy, non stressed parent with lots of support right now, you’re likely not going to want to put your kid into a home yet, but you still need to do your homework and make sure your wishes are in a will.)

Mostly because of that cultural belief in my community, that group homes = abuse and failure as a parent, I went YEARS past the point where I should have entertained the ideas that I just couldn’t do it by myself anymore, that he might be better off, and that I was asking too much of his younger brother with my ‘Group Home Never!’ motto.

We need to start being honest with ourselves so that we can be honest with the parents who are going through the worst of this. Maybe you’ve put yourself in a bubble and don’t read those stories –but I do. The severe, aggressive kids –the battered parents. It’s a living nightmare for so many.

I’ve had that moment where I realized that if this behavior was coming from a romantic partner or neurotypical child, I would have kicked their ass out a long time ago. We are expected to love and do our best for an abusive family member –because none of it is their fault, because the nature of things. Of course we would tolerate it and still love them! What’s a little Chronic Traumatic Stress Disorder amongst family! *shrug*

But we don’t really have to and we shouldn’t –not without proper support or from a distance.*

We have parents so scared of the concept of “placement” outside the home that they live with the abuse, while letting their own health go to absolute shit –finances ruined, relationships in and out of the home ruined, mental health down the toilet.

The sick joke of it all is that you’re still going to die and your loved one is still going to go into a home. And you will likely die a whole hell of a lot sooner than you would’ve if only you had made a plan and let go. I was a non-functioning shell of a human by the end of it. One year later and I’m barely back to human.

You can approach this one of two ways. You can wait until you die and your child gets emergency placement ANYWHERE in your state –or maybe even out of state, away from everything they know, to a place that you never vetted –OR, you can start to look now. Find the best placement. Find the best workers. Help your child get settled, see how the placement is going, make the ISP with the agency. Be involved –so that when you do drop dead, everything is set.

Was my son’s placement perfect –literally/physically? No. He wants to be out in the country, he’s not.
Does he have amazing carers who treat him like family? YES.
I can die in peace now.

Do things change? Could his amazing carers quit someday? YES.
I’m at peace knowing that I can’t control everything. I can only hope that everyone always does their best with the information I gave them and the wishes I have shared –that after I’m gone, other family members will check in on him to make sure he’s ok.

Stressing to death is no way to live. We are no help to our kids when we can’t function. I could barely *just* care for him properly near the end. I had nothing left in me. Now there are 4 people doing the job that I used to do. They have the energy to keep him busy and engaged. His life is BETTER away from a mother who was so fucking burnt out that the best I could do was take him out for a little ride every other day.

He is happier. He is less aggressive. Hell –he’s not aggressive at all. Turned out, as I had suspected, that the behavioral patterns became learned and his triggers + my presence = violence.

And yes, a year in, it’s still a little hard –he still asks me where we are moving to next. He still doesn’t fully ‘get it’. Last call, “Mommy buy a house in Texas in the middle of nowhere. Gavin and mommy move.”

But I’m slowly getting to that point where I have the energy to “reach back and help him”. Those were the words a good friend used once that pissed me off so bad at the time. “You can’t help him in the state you are in. Let him go. Get better. Then you can reach back and help him.” Those words were said to me seven years ago. It took another six years for them to sink in and realize my friend was right.

*Yeah… best placement/supports are hard to find for the most severe kids. I know. I know of kids living in hospitals and ERs waiting for proper placements. I know funding sucks. ALL THE MORE reason to start now. And be HONEST with your case workers. Do NOT hide the worst of the violence and destruction –because some other parent is being honest and they will get that first waiver that pops up before you. And when you’re ready to reach back, then you start making things better for them and everyone –through legislation, through building your own communities, through any fricken way you can think of.

I have no regrets. Everyone is better off. Had I done this sooner, years of frustration and trauma could have been avoided by ALL of us.

“But touch my tears with your lips. Touch my world with your finger tips –and we can have forever. And we can love forever.”